I n the mid 19th Century, Jose and Eusebio, cousins and offsprings of immigrants from Canary Island owned a small cigar factory with about 12 employees on Macías Street of Santiago de Las Vegas, a province of Havana, Cuba. Their cigars were made from the leaves cultivated in two small tobacco plantations of their own inherited from their parents located 25 kilometers apart from each other. One was located in the town of Santiago de Las Vegas like their factory. The other was in Tapaste, a village in San José de Las Lajas, also a province of Havana. 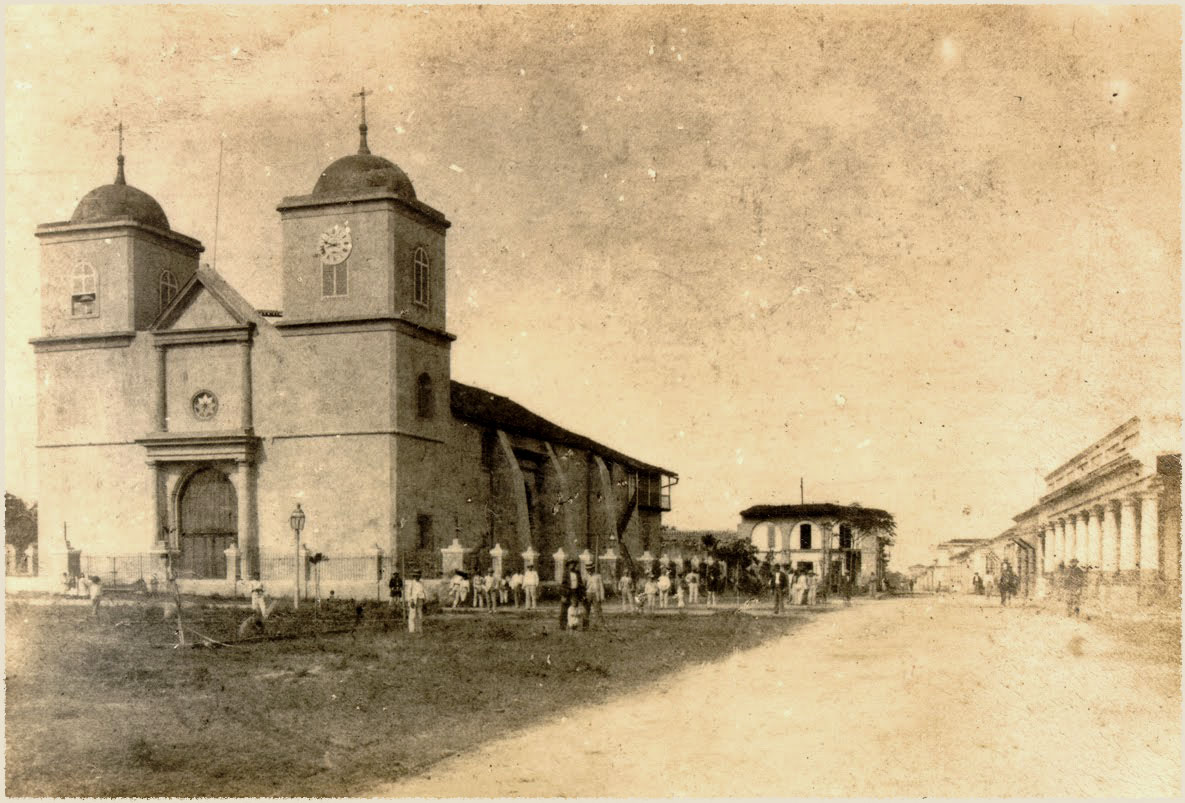 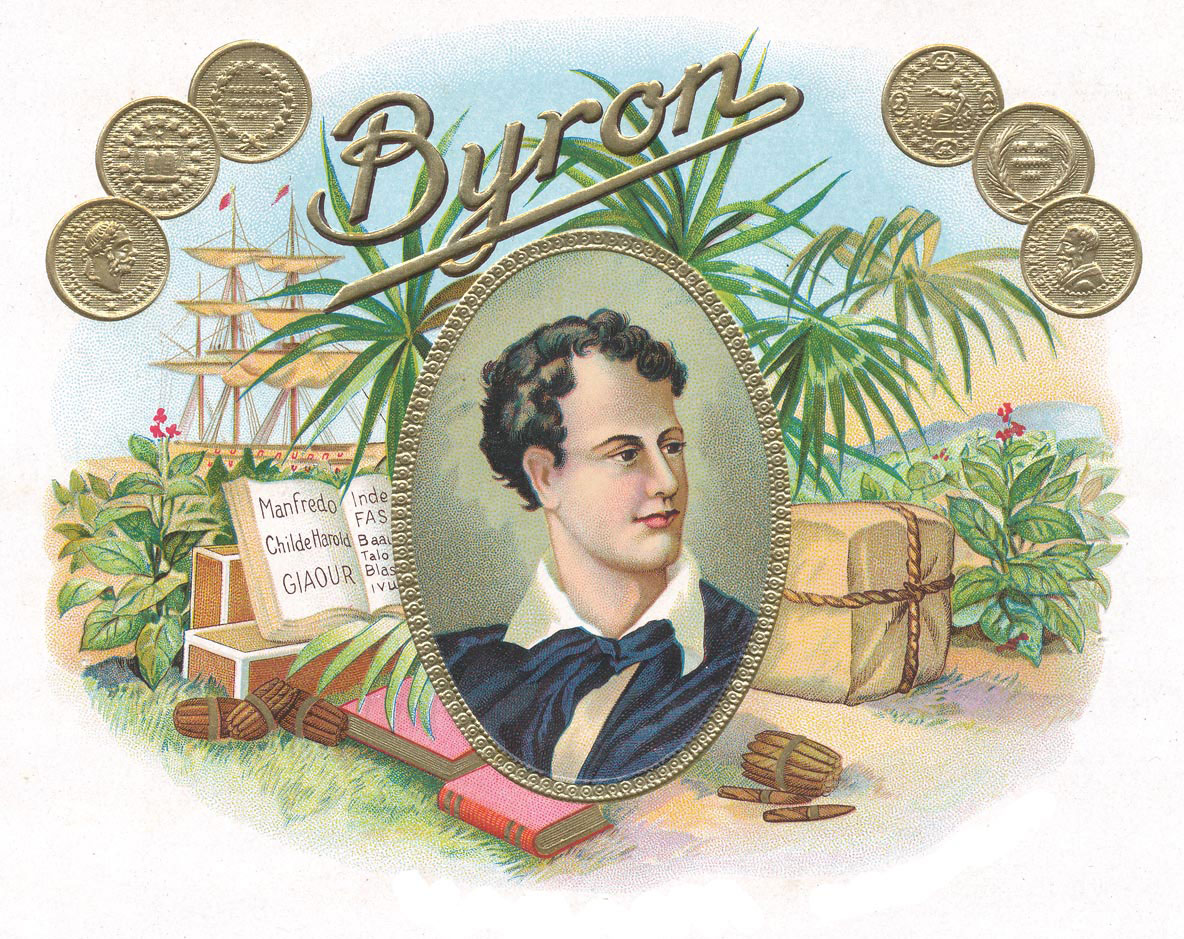 Many cigar factories produced numerous brands with Anglo-American names to appeal to the UK and US markets, which both had tremendous demand for premium cigars at the time. With that trend in mind, around 1848 the cousins created a cigar brand named Lord Byron in honor of the world renowned English Poet. He was arguably the greatest author of romantic poetries at the time and more importantly was an avid cigar smoker. 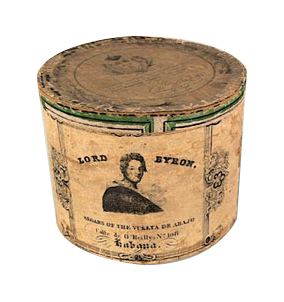 Round cardboard box made in Cuba in the 1850’s. Has bilingual (Spanish & French) instructions for opening the package. Collection of National Cigar History Museum

Advertisement brochure a Byron store and purveyor in London. Year 1890-1913 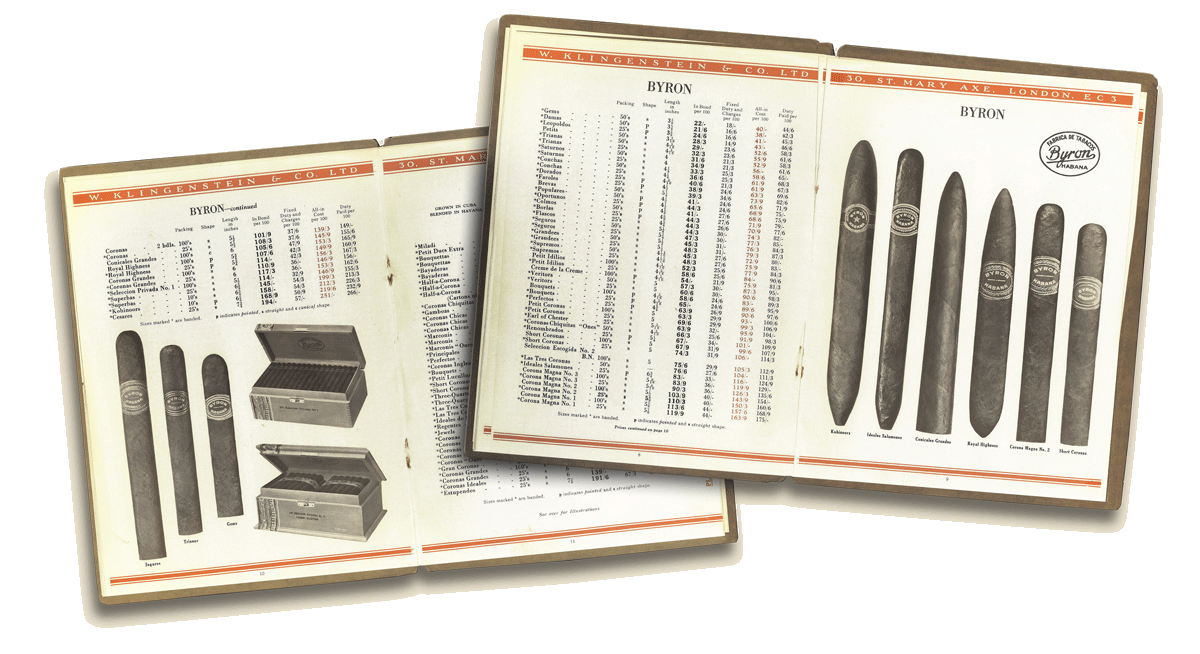 Catalogue of products for the english market, year 1927-1935

A few years after the launch of the brand, the cousins outgrew their factory due to high demand from foreign importers. Therefore, they decided to expand their production to a larger factory located on O’Reilly Street in Havana City.
Unfortunately between the end of the 19th and beginning of the 20th century, Ricardo, the grandson of one of the founders and a third generation owner and producer, was forced to sell the brand due to major financial hardship. 90 years later, his great grandson recovered the Byron brand in 1998. 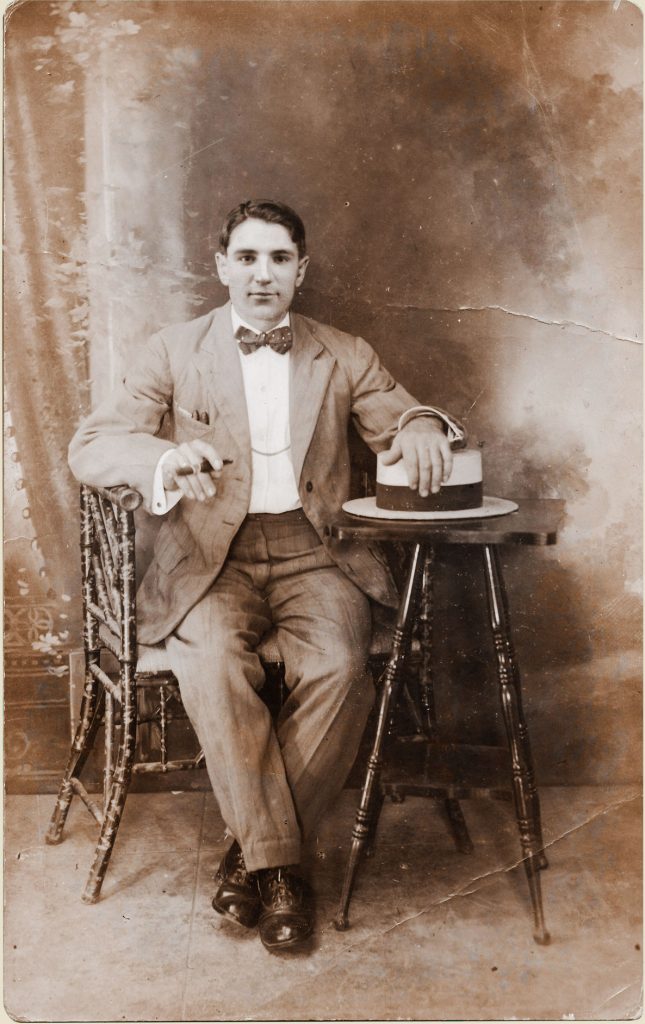 Returning to the early days, the brand is produced in a small factory in Costa Rica and available in limited quantities. As a general rule, cigars usually sit in an aging room for an average of about 60 days. However Byron cigars are aged for a period of 3 years. 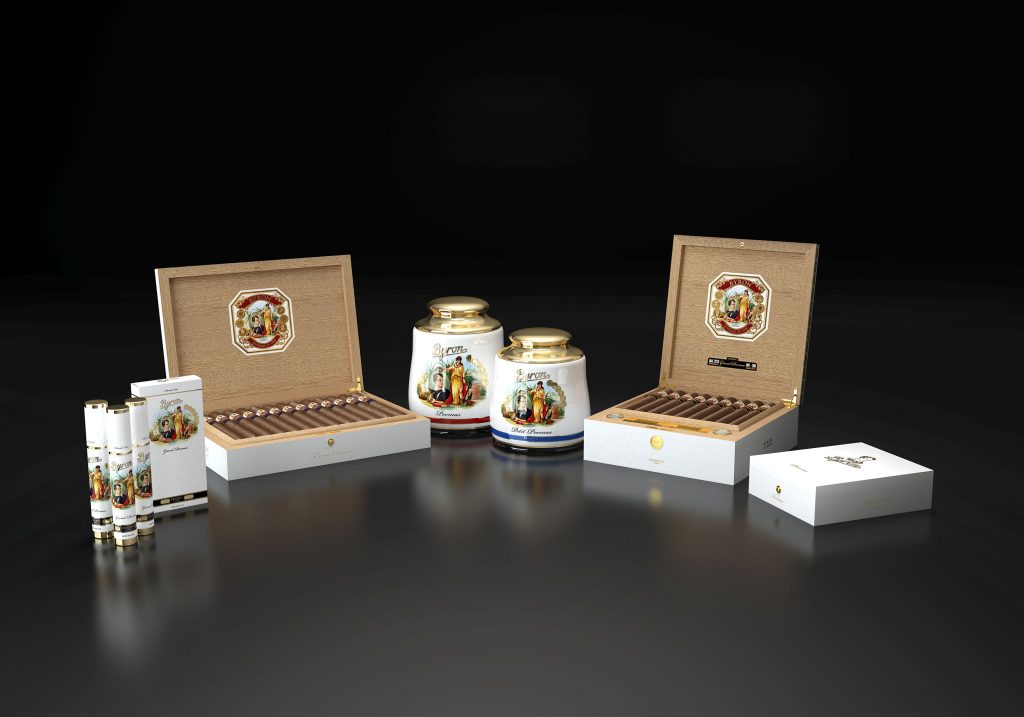 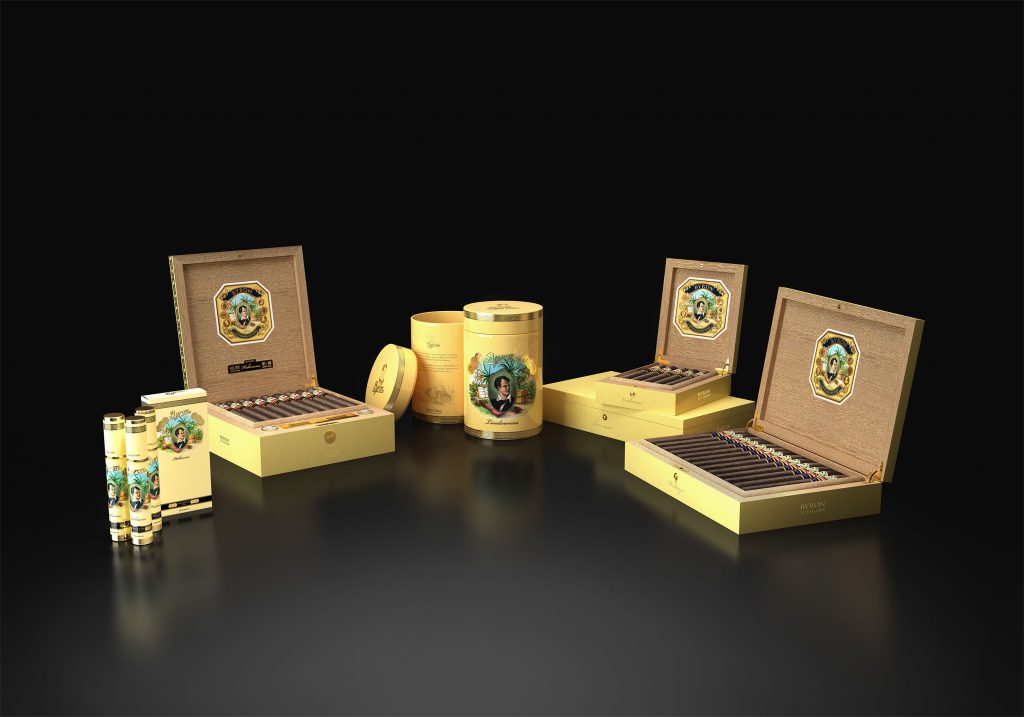 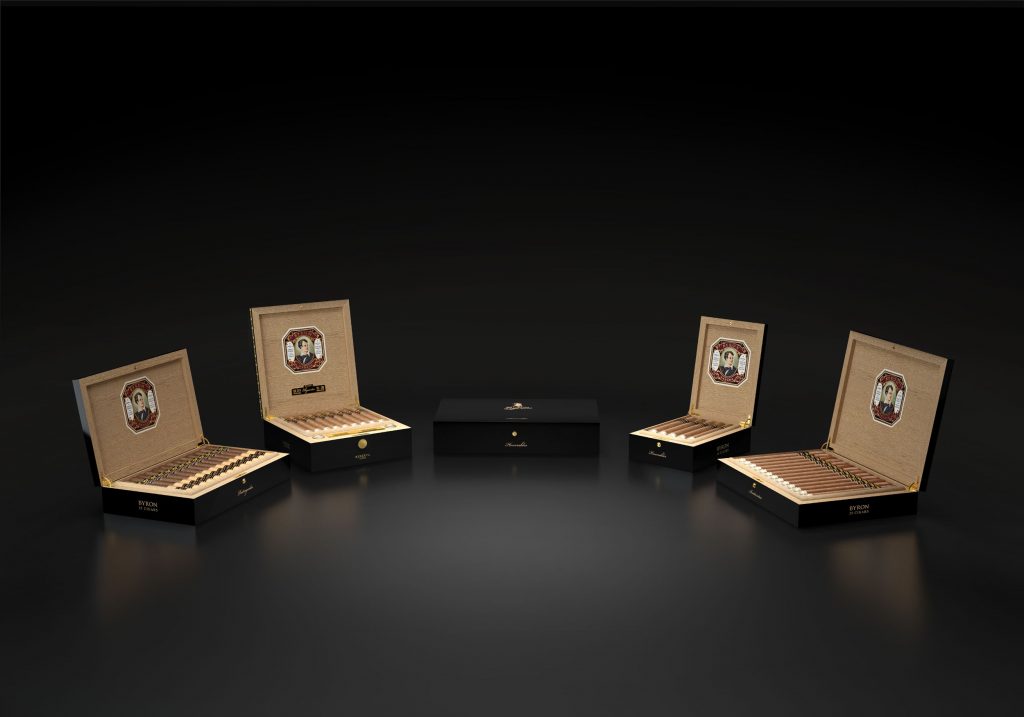 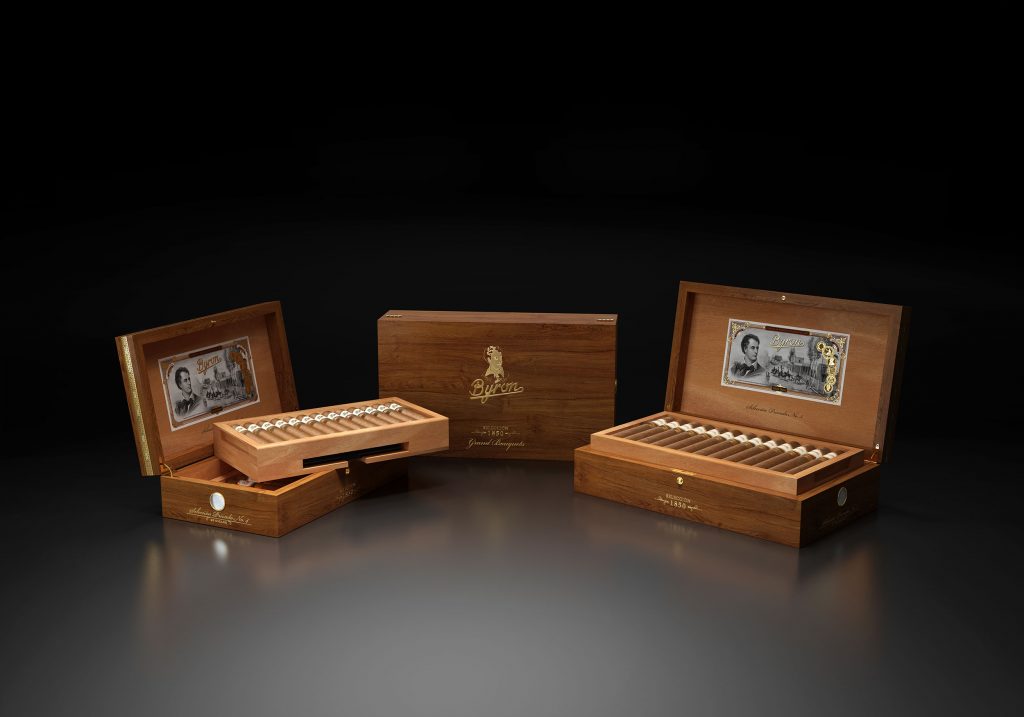